I trust you all enjoyed watching the bands today – either in the hall, or in sparkling, crisp and spine-tingling high definition on the live stream.

Personally, I was mostly happy with how things went. Unfortunately the audio desk died on one channel during RASWA’s performance, which mean many Loyal Viewers were reduced to listening to the full stereo feed piped down a single mono channel. Fortunately – brains, skill and luck were on my side and I managed to re-route a completely different audio feed that had both channels for some more stereo separation. I was also very pleased with the internet available at the venue – I was able to stream out 3 separate encodes of the A and B grade bands, which I’m sure you all enjoyed. I know I would have, had I been watching.

I didn’t get to see any C or D grade bands unfortunately… but in the B Grade I thought Canning Street were slightly ahead – we’ll see what happens there on Sunday!

On the downside, it sounded like the audio wasn’t as crystal clear as it could have been. I’ll have a go at playing with some extra microphones for Sunday’s events, and see what we can do.

In terms of the bands that played, I personally (and I am a tuba player with terrible ears) had them grouped into 3 distinct sections….The top ‘bracket’ consisted of RASWA/XLCR and FYCB (in no particular order). The second ‘bracket’ consisted of Darebin, K&N and Brisbane Brass. The 3rd bracket had stalwarts Tanunda and the Feds. Again, I don’t really know what I’m talking about as I’m *just* a tuba player. That’s why tonight I’ve officially opened voting on the BPCA. You can vote on Facebook, or by sending me a message on twitter, or even an email to awesome@brassbanned.com.

Tomorrow morning I will be off to the Street March, to live stream the country’s finest bands strutting their stuff. Don’t miss it, it’s sure to be entertaining. I’ll also be streaming as many of the Wind Bands as I physically can.

Make sure you tune in! 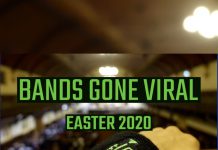 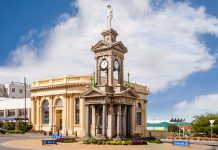 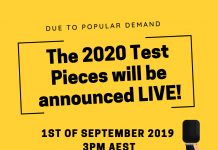 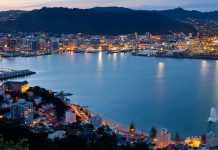 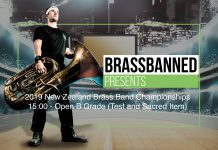 ABOUT US
Brassbanned is the world leader in live streaming brass and pipe bands. We are exceptional. Do you like what we do? Consider donating!
Contact us: awesome@brassbanned.com
FOLLOW US
© Brassbanned 2019 and Beyond...
Welcome to Brassbanned!

Brassbanned is streaming the New Zealand Band Championships this weekend!  If you like what we do, please pay what you think the coverage is worth (we know it is hard because the coverage is priceless).

Please click here to make an optional payment – only if you want to…!

Your support makes it possible for us to continue to offer and extend our live streaming services – and is much appreciated.

August 30, 2015
Brassbanned use cookies to ensure you a pleasurable website experience (mmm). If you continue to use our site, you will be using our cookies (and receiving great pleasure). If our cookies aren't for you, don't use our site!Okay! Thanks BrassbannedPrivacy policy